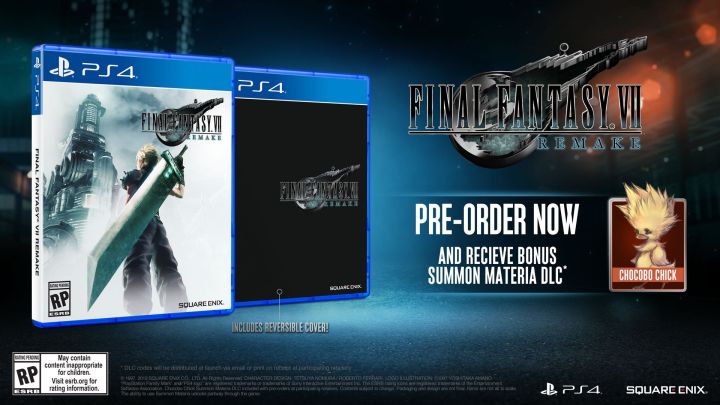 Square Enix has revealed that Final Fantasy VII Remake will have a reversible cover. There are also new details and gameplay of Aerith and Tifa combat.

What’s better than one Final Fantasy VII Remake cover? Two, of course. Square Enix has announced on Twitter that all box copies of the game in North America and Europe will have a reversible cover.

As well as the white cover that recreates the classic cover of the original 1997 PS1 game, you’ll be able to flip over to a black cover that simply bears the game’s logo – this is the same as the Japanese physical version’s cover.