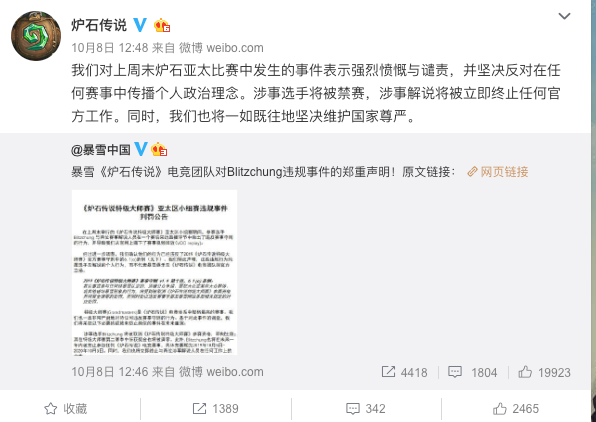 Blizzard is under fire for punishing a professional Hearthstone player from Hong Kong over his support for the current Hong Kong protests. While Blizzard’s English-language blog post on the matter took a neutral tone on the decision, but an official Chinese language response to the incident appears much more biased.

Earlier this week Blizzard announced it would take punitive action against Ng Wai “Blitzchung” Chung for speaking in support of the Hong Kong protests during an official Hearthstone livestream. Blizzard explained its decision as a punishment for violating official Blizzard esports rules. But on the Chinese social media platform Weibo, an official Blizzard account run by the company’s Chinese publishing partner Netease took a tougher stance.